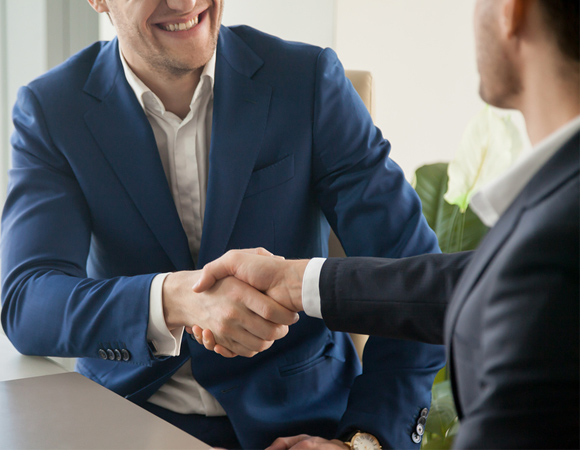 The Art of Negotiation

We all negotiate. We negotiate just about everything. Being a good negotiator is about being a first-rate communicator and empathetic leader. It doesn't simply mean being a good public speaker, but a thoughtful, sensitive and aware communicator and leader who understands and respects other people and the complexity of the process.

Consider some of the following keys to becoming an effective negotiator:

Be an active listener. The best negotiators are usually the best listeners. They are fast on their feet. They are good at not putting other people on the defensive. They use active listening techniques such as nodding, leaning in, paraphrasing and asking thoughtful, probing, open-ended questions to seek clarification on what they have just heard.

Focus on the issue. One of the first rules of successful negotiation is to focus on the problem at hand rather than the personalities of the people involved. In their best-selling book "Getting to Yes," Roger Fisher and William Ury state, "The parties' relationship tends to become entangled with their discussions of substance." The authors argue that people often make unfounded inferences, which they then treat as facts about that person's intentions and attitudes toward them. Motives are constantly being questioned.

Avoid pre-judgment. When we focus on our perception of THE PEOPLE and not THE PROBLEM at hand, there is a good chance that miscommunication will take place. Misunderstanding reinforces pre-judgment and leads to reactions that produce counter reactions. It's a vicious circle. I know. I've been there. I hate to admit it, but in some cases, I'm still there with some people. While this type of unhealthy communication can occur in any negotiation, it is particularly prevalent among people with long and complicated histories: employer and employee, husband and wife (or ex-husband and ex-wife), landlord and tenant, parent and a grown up (and angry) child.

Try paraphrasing. It is essential not to react viscerally when someone says something in a negotiation that you find particularly offensive. A more effective approach is to employ such active listening and communication techniques as paraphrasing or synthesizing the other person's comments. If someone proposes something particularly "off the wall," you could say; "I might be wrong, but it seems as if you're saying you want me to pay you three times more than fair market value for (a particular product or service). Is that right?" The idea here is to communicate to the other person that his proposal is out of whack by any reasonable standard. Your goal is to put a mirror in front of him so he can hopefully see his position in a more objective light.

Depersonalize the situation. If paraphrasing isn’t working, another approach is to say, "When you ask for three times more than fair market value, I don't feel my position is being respected." This is different than telling someone that he, personally, and not his proposal, has no respect for you. By depersonalizing your response, you minimize the chance that the other person will get defensive. Defensive people are impossible to negotiate with.

Bottom line? Being a successful negotiator takes practice, persistence, and patience. It requires that you listen to and empathize with the other person - no matter how much you may dislike him or her or his or her proposal, ideas or behavior. It takes the ability to separate the problem from the person and the maturity and confidence to admit mistakes. All of these are traits of an exceptional leader.

E-mail: This email address is being protected from spambots. You need JavaScript enabled to view it.
Twitter: @SteveAdubato
Facebook: /SteveAdubatoPhD
www.Stand-Deliver.com