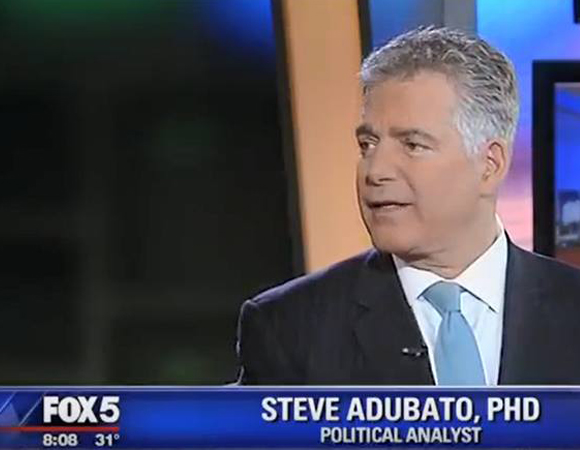 Can We Talk? (I'm Not So Sure Anymore)

This column is not about politics - rather it’s about the state of our country. It’s about civility. It’s about the essence of leadership and the need for all of us to keep our minds open to “other” perspectives, information and facts.

Recently, I appeared on FOX5 News in New York to offer commentary on the question of political debates and how relevant they are in this highly polarized political climate. While you check out this story below from FOX5 and consider my on-air comments, also consider the larger question of whether the vast majority of American citizens/voters, as well as our national “leaders” already have their minds made up. Simply put, have we gotten to the point in our country where most people are convinced that what they believe is 100% right and not interested in listening to or considering any information or perspective that might challenge these pre-conceived ideas?

This is a national epidemic and not relegated to one political campaign or another. Think about how many "conservative Republicans" rely on information sources, be it in the mainstream media or on information driven websites that simply reinforce what these folks already believe. Why would someone be open to changing their mind about a candidate, opinion or an issue if all they hear reinforces what they already believe? "Liberal Democrats" are no different. Many of my friends in the so-called "progressive" community rely almost exclusively on MSNBC and CNN for much of their information, not to mention websites that lean in that direction. My "conservative Republican" friends do the same thing by monitoring FOX, as well as countless talk radio hosts and online information in the same way.

Consider this: After posting my FOX 5 NY commentary on Facebook, someone responded saying, "I thought you were better than that, Steve." Think about that. This woman wasn't commenting on or even disagreeing with my saying how important it was that candidates participate in debates and that I was disappointed in Democratic Governor of New York Andrew Cuomo’s initial ducking of any debates because he was so far ahead (Governor Cuomo has since agreed to one pre-taped debate). Clearly, she had a problem with me appearing on a FOX related network. Further, any time I’ve appeared on MSNBC or CNN, as well as in my “regular job” appearing on PBS stations in our regions, I get lots of online “hate mail” from conservatives saying things like: “Steve, I knew you were a part of the fake news liberal establishment,” or “All of you in the media hate President Trump anyway… you are the enemy.” No joke. This stuff is often nasty and personal. Again, it’s not so much challenging what I’ve said on the merits, it’s largely about the media outlets I’m on while saying it.

Think about what all this means. It isn't just what you say, but where you say it. What network? What platform? It's like the Bloods and the Crips of politics. It’s all turf driven. It's crazy and dangerous. It's like millions of Americans discount what is said, not simply on the merits and the content, but rather where it’s said and their perception of who’s saying it.

It isn't simply that we all have our own particular point of view on political issues or candidates, it's that we will ONLY consume media content that tells us “I’m right.” Further, if I hear or see something by accident on another media outlet, I discount it even if it makes sense (that all candidates should be required to debate) because I didn't find it on a media outlet that's "on my side."

It's downright scary that millions of Americans have decided to stop listening to and being open to other points of view. The same thing is true of our political leaders. We all go into our corners, talk to others who are likeminded, and come out more convinced than ever how right we really are. No new facts, no information, no different perspective, nothing. I'm right, you're wrong (and you’re the enemy) and there's nothing to talk about.

I'm convinced this is a terribly unhealthy situation for our nation. Call me weak… but I'm crazy enough to sometimes think that my opinion is simply that, just mine, and every once in a while, someone might say something that makes me question what I think I believe. I like to call that being open-minded, but I imagine others reading this would see it differently. As someone who's spent most of my professional life thinking, writing, talking and teaching about leadership, I think being open-minded is an essential leadership trait. Sure, we have our convictions, but let’s not be so convinced of our rightness that no other perspective or viewpoint has any validity. That's a horrible trait for a leader, or for any American citizen.

What do you think? Is it really worth being open to other points of view? Or is it okay that we remain this divided and polarized… convinced of our rightness, and simply stop talking to each other because this will wind up either in a heated and often nasty argument, a fractured relationship or something even worse? I'd love to hear your thoughts. Write to me at This email address is being protected from spambots. You need JavaScript enabled to view it..