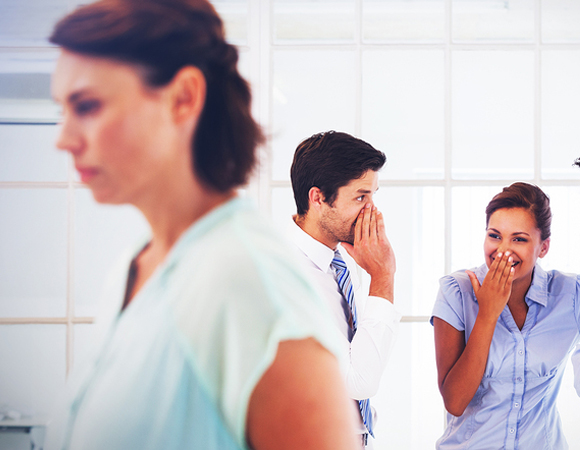 Leadership is about a lot of things.  Things that you have to be good at, and in some cases, excellent.  Leadership is about being strategic, making tough decisions, motivating your people and challenging them, often with hard to hear, but important, feedback.  It is about running engaging and effective meetings and delivering presentations with impact that get people to buy in to change when their instinct is to be resistant.

But leadership is also about having a sense of civility.  It is about not simply engaging in petty and often mean-spirited name calling.  It is about not mocking people for their physical appearance or even attacking their family members.  Why do I say this now after writing my last book Lessons in Leadership?  It is because I never addressed this issue in that book.  I never thought I had to.  Then again, the mean-spirited, petty and hurtful culture we appear to be living in requires that anyone that teaches, coaches and writes about leadership address this issue head on.

I posted on social media that I was disgusted by certain aspect of comedian Michelle Wolf’s routine at the White House Correspondents’ Dinner about White House Press Secretary Sarah Sanders.  Her low brow and not even remotely funny comments about Sanders’ eye makeup and reference to her being on a “softball team” clearly focus not on substance, but again, on the physical appearance of a very public person.  I don’t get it.  What’s more, I don’t accept it.

I don’t accept it for Michele Wolf mocking Sanders’ appearance and clearly it is even worse when President Donald  Trump (regardless of whether you voted for him or not) publicly mocks a New York Times reporter for his disability, countless women for their weight, or what he perceives to be their lack of attractiveness. And finally, I don’t accept it for myself.  I have countless leadership faults that I wrote about extensively in my book.  But one thing I’ve never participated in (either as an anchor on public broadcasting, or in any of my commentary on the air on MSNBC, FOX, SiriusXM or AM970) is the mocking of people I vehemently disagreed with for their physical appearance.  It’s cheap.  It’s degrading.  It detracts and distracts from what we really need to deal with as leaders in the public arena.

So my message is simply this.  Real leaders, ones that actually want to have an impact and get things done, resist the urge to hit below the belt when it comes to anything involving physical attractiveness, weight, or the way someone styles their hair or whether they even have hair.  It is lame.  And finally, it’s a form of verbal bullying that we constantly tell our children is wrong and hurtful.  But then again, some of the most high-profile leaders around do it every day…but that doesn’t make it right.

Let me know your thoughts.  Write to me at This email address is being protected from spambots. You need JavaScript enabled to view it.