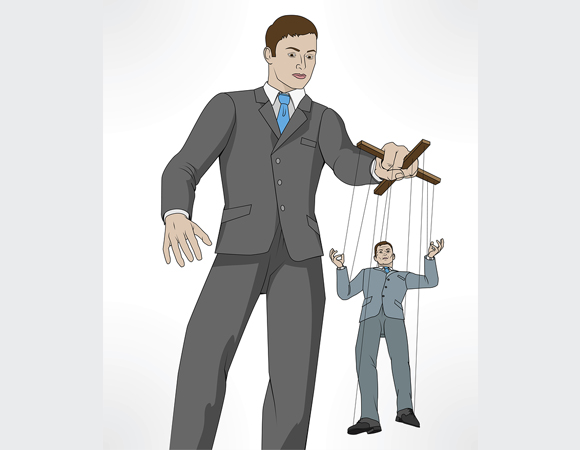 There is a fine line between a leader, manager or supervisor paying attention to important details and micromanaging an operation to the point where they drive their people crazy.

I know countless people in the workplace who engage in micromanaging. No job or responsibility is too small for them. It’s not enough to assign a project to a particular staff person; they have to know where that person is on the project every step of the way. Micromanagers second guess and hover over your shoulder. They are so caught up with the minutia of their operation that they don’t have the time or the ability to see the bigger picture as well as new opportunities on the horizon.

To be fair, I can understand why people micromanage. Fact is, I have been guilty of it in certain situations. A lot of that comes from the combination of our own insecurity, a lack of trust in others’ ability and an unhealthy desire to CONTROL everything that goes on around us. With that in mind, consider the following:

--If you have a leader who micromanages, the first step in dealing with the problem is to get him to acknowledge what he is doing and the negative impact it has on others. The old adage, “if you want a job done right, you have to do it yourself” doesn’t work when you are part of a larger team that’s supposed to be supporting each other and working together.

--If you find that you are the one micromanaging others, accept the fact that you can’t do it all yourself. Further, you SHOULDN’T do it all yourself. Imagine being on a basketball team in which one player dribbled the ball up court, took the shot, followed up his own rebound, shot again, never passed to anyone else and then gave himself his own high-five. What fun would that be? Even if the team won occasionally, over the long haul, failure is guaranteed.

--In the world of business, if one person, regardless of how smart or talented he or she is, refuses to delegate and share responsibility and authority, other team players will begin to lose interest and stop making a meaningful contribution. My advice to micromanagers is to delegate a little bit at a time. Ask yourself what assignment or project could be handled by someone else, thereby allowing you to do something that only you could do. There are simply too many tasks that need to be accomplished for you to do them all.

--Avoid the blame game. I know from personal experience, every time I engage in finger pointing and blaming my employees (because secretly I’m thinking I could have done the job better), only bad things happen. Accept the fact that occasionally, things won’t go exactly as planned. No matter how hard you try, or how many hours you work, no leader, manager, or supervisor can control everything that goes on around him or her.

If you are a micromanager, or you are being micromanaged, write to me at This email address is being protected from spambots. You need JavaScript enabled to view it. and share your thoughts.