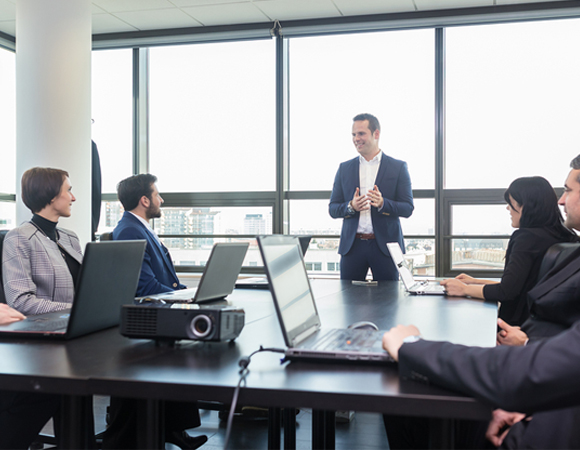 You Can’t Lead Others Until You Learn to Lead Yourself

Losing it. Blowing your cool. Acting like a jerk in public. Playing the victim. Overreacting. Pouting, complaining, yelling. You get the picture. We’ve all been there. I know I have, way more often than I’d like to admit. And every time it happens, nothing good comes from it.

For years, I was convinced that the only way to lead an organization was to take the “broken-windows theory”, made popular by Rudy Giuliani and the New York City police department in the 1990s. Simply put, the broken-windows theory postulates that as soon as a window is broken, as soon as the smallest mistake occurs, the organization’s leader must follow a zero-tolerance approach and philosophy. Not following this approach sends the wrong message to everyone that such “small” mistakes are no big deal and then bigger ones are likely to follow. While this leadership philosophy may work when it comes to crime in America’s biggest and most metropolitan cities, in a small organization like mine, it sometimes resulted in my simply being too hard on team members, not only when things went wrong, but also when things just didn’t turn out right—even if it was nobody’s fault.

Sometimes, it would cause me to stop listening and be resistant to feedback. I would consider any explanation to be an excuse. Sure, we have high standards for the work we do, and we have a great track record, but there was a lot of unnecessary “collateral damage” in the process. The problem is that collateral damage involves real people and their emotions and feelings. We’re not talking about empty buildings or some broken windows. Please don’t confuse this with the need to “piss people off” as a leader when dealing with legitimate performance issues or making tough staff decisions by engaging in artful confrontation, a lesson offered by General Colin Powell, which I have written about previously in this space.

One of the keys to leading yourself, when the potential of being overly emotional exists, is to gain a better sense of perspective. Yet, this is sometimes really hard to do on our own. For me, the biggest lessons have come from reading and learning from others.

One of the biggest influences on me has been the work of the late Richard Carlson and his groundbreaking series, Don’t Sweat the Small Stuff. One chapter that really struck me, which I have reread 100 times by now, is called, “Will It Matter a Year from Now?” In the chapter, Carlson talks about how angry and overly emotional we sometimes get about the “little things” that often happen in the world of business or in our everyday lives. He says that asking ourselves whether what has happened will matter all that much a year from now is a great way to put things in perspective before we respond and react to a particular situation. This advice has made a huge difference in how often I “lose it” and the duration and intensity of these emotional blips.

The bottom line here is that leaders have no right to expect others to have a positive attitude, to deal with difficult circumstances or challenges, or to basically work in a collegial fashion if they too often “lose it” and do not lead themselves with a sense of calm and a “we’re all in this together” approach.

When have you “lost it” and what leadership lessons can you share with the rest of us? Write to me here.