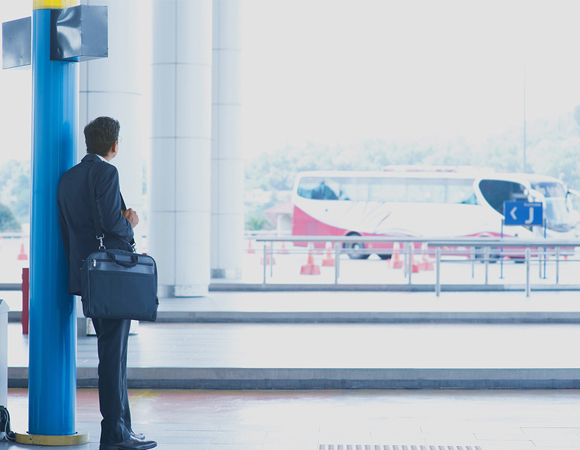 Getting the Wrong People Off the Bus

Letting someone go who either is not performing after continual coaching and training or has a negative attitude is not easy, but is something that must be done. I’m talking about people who do the bare minimum or won’t pitch in when the organization needs them, people who complain on a regular basis and create a negative environment by the way they conduct themselves.

Yet, often, in an effort to be compassionate, many leaders allow unproductive and negative employees to stay on the payroll—or the proverbial “bus” as Jim Collins describes in his book, Good to Great. Consider the message leaders send when they do this, not only to those unproductive people who stay, but to all those high producers and positive employees who are left picking up the slack and feeling resentful. The company is saying it doesn’t matter how hard you work or how much value you bring with your “what can I do to help our team succeed” attitude because there are no consequences for not getting the job done or continuing to be a “Debbie Downer” in the workplace.

Despite all of the reasons to let go of certain people, I have lost count of the number of clients who have delayed doing so, and have sometimes outright refused to confront this unacceptable situation directly. Explanations given by these leaders go well beyond some sense of compassion for a poorly performing employee. Some of these leaders have told me how long they have known or worked with a particular employee, or how they have socialized or become friendly with them.

For example, one leader told me about a manager who was leading an important department within his organization that he knew had been underperforming for years: “I’ve known Bob for over fifteen years. I’ve been to his family parties. We even went on a vacation cruise with our wives and a bunch of other people a few years ago. But he is absolutely terrible as a manager of this department.” When I pressed this leader about the impact of keeping Bob “on the bus,” his expression turned sour and he said, “He’s killing us and everyone knows it! My board is not happy with me. They don’t know why I haven’t let him go. What’s worse is that Bob has really poor people skills.” This client has yet to confront the “Bob situation” head-on.

I am not advocating that leaders indiscriminately look for people to fire. This isn’t about demonstrating how tough you are for the sake of it, rather this is about doing what is difficult but necessary—getting rid of the people in your organization who are not contributing to the team’s success. It has nothing to do with their being bad people. In fact, many times, poor performers can be really nice and pleasant. But nice and pleasant are not qualities that warrant a valuable seat on the “good to great” bus you are supposed to be driving as a leader of your organization.

Taking a hard look at unproductive or negative team players, coaching and mentoring them to improve and, if they don’t, ultimately letting them go, is what all good leaders must do. Anything less shows weakness, promotes mediocrity, and demoralizes the best people on your team while having a seriously negative impact on your organization’s bottom line.

When have you had to let someone “off the bus” and what leadership lesson did you learn? Click here to share your thoughts.