Adubato’s Lessons in Leadership: Examining the Character of Real Command

By Max Pizarro for Observer.com

In his new book, Lessons in Leadership, NJTV host Steve Adubato, Jr. provides a blueprint for the wise use ofpower, drawing on multiple examples from public life to make an argument for leadership as a delicate and critical balancing act.

A former assemblyman who served in the 1980s, the son of Newark North Ward Democratic Party leader Steve Adubato, Sr., the ubiquitous, Newark-born broadcaster and author at the start offers a true inside look at the elder Adubato. A results-oriented power broker who built his career on forging alliances to create award-winning urban charter schools and recreational facilities, the elder Adubato has one of the most impressive records in New Jersey politics. During his many years as the North Ward’s most activated political force, he continually made the case for why he was different from other bosses, noting his dedication to people-empowered institutions, not big dollar contracts. 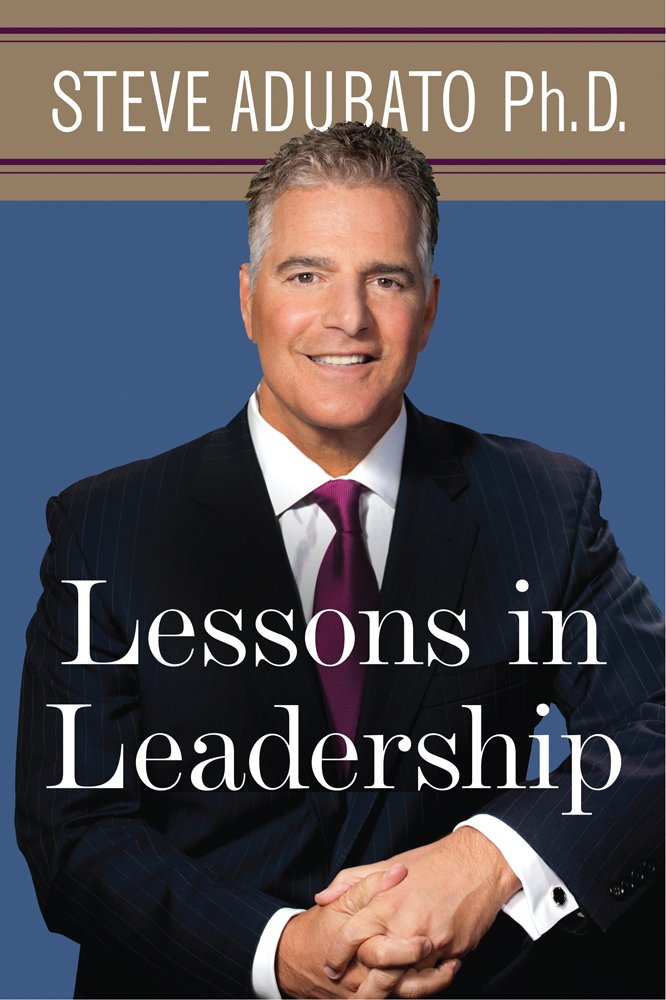 It was a dangerous play for the boss, who incurred the ire of North Ward diehards, many of whom saw him as treacherous for not getting behind a fellow Italian American.

His son observed his father closely.

“It all culminated for me one day when I was coming home from school and had forgotten my key,” Adubato, Jr. writes in Lessons in Leadership. “I remember I went to climb into the window of our house and, as I approached, I saw a series of holes in the glass. At first, it wasn’t clear to me what I was looking at but I soon realized the holes – bullet holes – were right where my father’s chair was located where he sat to watch TV. I ran to a neighbor’s house for help tracking my mother down, and for the remainder of the 1970 election, my two sisters and I were shipped out of our home to live with relatives in a town nearby. All the while, my father continued to fight and campaign against a corrupt Mafia-supported Italian American mayor whom everyone else in the neighborhood supported because ‘at least he was one of our own.'”

Adubato, Sr. would put together a political lifetime of such decisions, shouldering the consequences and always moving forward, often irritating and even hurting those around him with a very tough style. As he assesses those key qualities of leadership in his book, Adubato, Jr. evaluates his father’s approach and weighs it against others, striving to identify the most effective qualities that make the best leaders.

He acknowledges that he personally at times through the years has perhaps too closely emulated his father in certain ways.

“If I raised my voice too quickly to blame those around me I didn’t understand exactly what was required,” he told PolitickerNJ in a sit-down interview at McCloone’s Boathouse in West Orange. “My father had an extremely aggressive leadership style and would berate people.

“But he consistently got results,” he added. Ultimately the challenge becomes, “how to make an impact without so much roadkill; to show those around you respect and to consider their feelings and to lead with empathy.”

Much of leadership hinges on what General Colin Powell described as “pissing people off,” but there’s a difference between the guts that challenges convention and reveling in not being a nice guy.

“Here’s the thing, you don’t start working to piss people off,” Adubato said.

But a leader who does can’t buckle under that pressure, and must employ techniques to ensure that his followers stay with him or her despite inevitable turbulence.

That’s where the balancing act occurs.

“You don’t want to intimidate or have people fear you,” Adubato said. “There is this balance – a place where you have to hold yourself to a higher standard. You have to own it.”

He doesn’t see that happening in the presidential contest, which gives the author real doubts about the leadership capacities of the two candidates running. “[Republican nominee Donald] Trump blames his bad debate performance on a microphone; that’s not leadership,” Adubato said. “[Democratic nominee Hillary] Clinton address the email story with ‘Colin Powell told me it was okay.’ Again, that’s not leadership.”

He sees Trump as particularly petty, myopic and absurd in his inability to meet even the basic standards of leadership.

In his book, Adubato is also critical of President Barack Obama, who might represent the exact opposite of the kind of excitable, hands-on and in-your-face style of his own father.

“Part of my problem with Obama is I voted for him twice,” Adubato said. “I expected more from him. I wanted more from him. The president has an incredibly difficult job, and this is a difficult time. But I perceived that he was not as close to being engaged as he needed to be. His leadership style is detached. an example of that is he didn’t take ownership of healthcare initiative roll-out.”

He also feels the president has played golf too often in the face of real problems assailing the country.

There’s just not urgency in his leadership, in the author’s view.

“The president doesn’t understand the optics of playing golf in a crisis,” Adubato said.

Recognizing that courage and vision are always required at the foundation of the equation, who are those leaders who got it just right in terms of style, and avoided the extremes of being too aggressive or too cool?

“Dr. King, for obvious reasons,” he said when asked about the ideal leader as explicated in his book. “The thing about Dr. King that always struck me was that in a crisis he was with his people every step of the way. He was dead at 39. Dr. King knew he was not going to live a long life and he still did what needed to be done. Just the essence of courage and sense of mission.

“Lincoln is my favorite president,” the author added. “This was a leader with deep insecurities and depressed, who nonetheless brought people into his cabinet who he hated. He had enough confidence in himself to bring them in and to express and appeal to the better angels of our nature.”

As an assemblyman, Adubato served as a delegate to the 1984 Democratic National Convention. 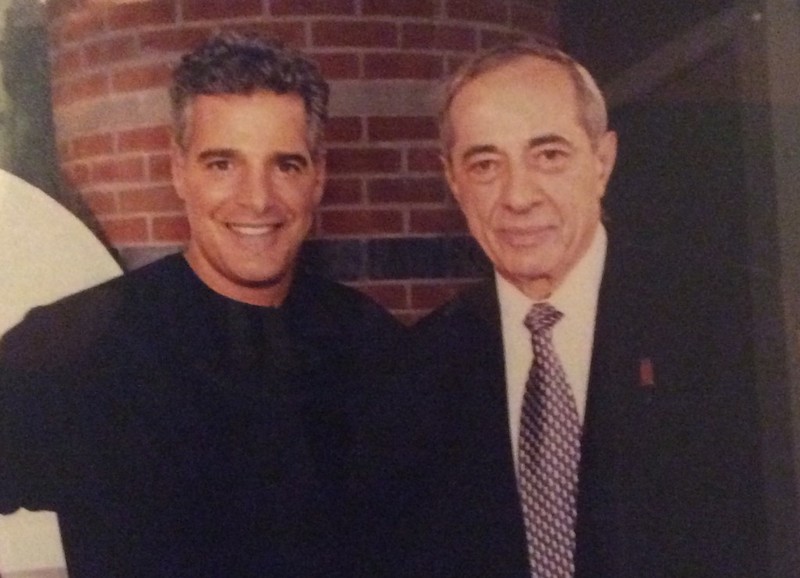 He remembers at the time being moved by the convention speech of New York Governor Mario Cuomo, and spent years afterwards paying close attention to Cuomo, finding in his leadership a “sense of fairness, empathy, decency, and a deep intellectual introspective quality.”

Finally, a leader – a good leader – is practical and pragmatic but unquestionably committed; one who never leaves in doubt his or her passion and character.

“Real leadership is stepping up and stepping in,” Adubato said.

The author described the writing and completion of Lessons in Leadership as “one of the most humbling experiences” of his life, and has loved the chance to get out there and discuss the book with the public. At a Meadowlands book signing last week, he was thrilled to see Senator Gerald Cardinale (R-Demarest) in attendance.

The next generation of Adubato leaders are combining those cherished family passions of education and politics. One of the author’s sons teaches at St. Benedict’s Prep, and another is running for office in school. As for his own father, the power broker’s son sees the passionate handiwork of true political will whenever he sees young people playing on a recreation field in Newark.

“I couldn’t be more proud of him,” Adubato said of his dad, where began the first of many Lessons in Leadership.

Published by Rutgers University press, Lessons in Leadership, 224 pages, is in hardcover and available here and here.