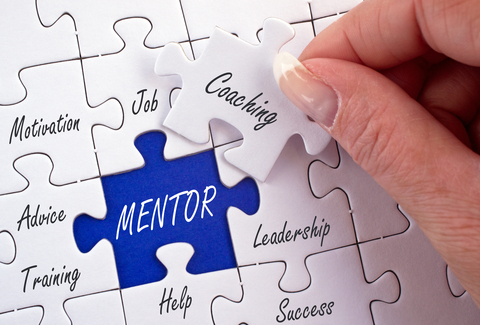 As a leader, it’s not enough that you are the best at what YOU do. Rather, your success is often judged, in large part, on how those whom you have coached, developed and mentored have made their OWN mark. Following are leadership lessons which will make a big difference in your efforts to develop those around you:

--Catch people on your team doing things right. As leaders, it is often easy to jump on people when they make a mistake. Yes, we must deal with performance issues directly, but at the same time, we must be vigilant in recognizing and celebrating when team members succeed. Communicate what was done RIGHT, why it is important to the team, and what specific behavior needs to be replicated in the future and why.

--Identify specific areas for improvement. Clearly identify specific goals and actions for your mentee to work on. Further, clarify WHY the need for a change exists. It is critical that he or she understands what you are trying to accomplish and why.

--Stick with it. Even if your mentee gets defensive when you deliver hard-to-hear feedback, stick with it. Make it clear you are being direct about his or her performance because you care about your mentee and his or her future. Explain, “The only way you are going to get better is by having hard conversations like this.” You may not get the reaction you’d like at first but remember effective mentoring is definitely a marathon, not a sprint.

--Mentoring is a two-way street. It is one thing to identify specific goals that YOU would like a mentee to accomplish, but it is critical that the mentee is given the opportunity to tell you what he or she thinks is important as well. Ask your mentee about his or her professional goals, about challenges, frustrations and yes, feelings and emotions. Without the active participation of the mentee there won’t be sufficient “buy in” or engagement.

--Be a great listener. Part of creating a two-way street is about listening. Like leadership, coaching and mentoring must be a dialogue, not a monologue. Learn to ask engaging, open-ended questions such as; “What do you think is getting in the way of you performing more effectively?” “How much passion and enthusiasm do you really feel about the work you are doing?” “What would make you more committed to not just the job but to our team?” It’s okay if you don't get an answer right away. Allow for the silence that so many dread and wait patiently for a response.

--Don’t be a know-it-all. Self-disclosure has its place but as a coach you can do too much of it. The key is to keep asking probing questions that help the employee come up with specific solutions on his or her own. The focus is not on you as the “smartest person in the room,” but rather on the people who need to better understand what needs to be done. Consider the adage, “give a man a fish, he'll eat for a day. Teach him how to fish and he'll eat for a lifetime.”

--Set and clarify expectations. Immediately after a coaching session, it is your job to generate a brief, bullet-point summary of what was agreed to. This is critical for the mentee to stay on track and for you, as the mentor, to have a specific, action-oriented agenda for the next face-to-face coaching session.