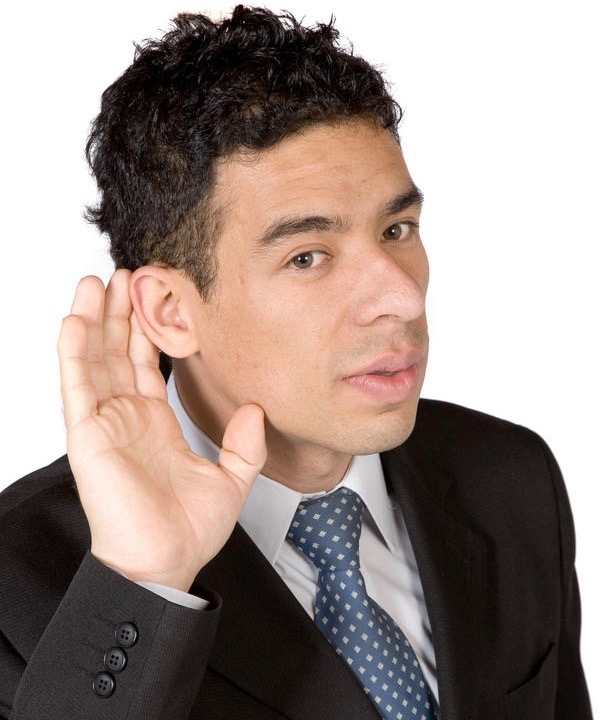 Listening is not simply hearing what someone is saying. The kind of listening that a truly exceptional leader engages in is active, responsive and in the moment. It requires a much deeper level of commitment than simply being silent when someone is talking, but rather, a level of concentration and engagement in the conversation that takes hard work. Following are key leadership tools that will help you become a more active and engaged listener:

--Get yourself in the right frame of mind to listen. I call it my “listening mode.” Think of the times that you’ve learned something new or have considered a situation from a perspective other than your own simply because you were listening. The key is to go into meetings and conversations with a more open mind. If you’ve worked really hard as a leader to surround yourself with the best and the brightest professionals, why wouldn’t you be open to really listening? As a leader, don’t deny yourself and your organization the benefit of that wisdom and expertise.

--Use encouraging phrases in conversation. Such as; “Tell me more…” or “What happened next?” or “Why do you see it that way?” Don’t be a pest, but send the message that you are truly interested in what is being said and want to know more. Acknowledge the other person. They will tend to open up and share with you.

--Further, occasionally paraphrase what you think someone is saying; “So, what you’re saying is” or “I just want to be clear on this.” This powerful leadership tool gives the other person a chance to, not only respond to what you said, but also sends the message that, as a leader, you care enough to listen so intently that you’re putting in the effort to determine what’s really being said.

--Practice patience. Take a deep breath or two. As I’ve said, don’t interrupt. Further, try not to finish the other person’s sentence. I can’t tell you how many times I’ve done this and found out I was wrong about what the other person was going to say. Even if you’re right, it’s a turnoff. Smart leaders know that really being “smart” doesn’t mean you need to be the “smartest kid in the class.”

--Keep your eyes on the other person. Fight the urge to look around the room. Sure, there are distractions, but when you make a decision to listen with your mind and body, you will be amazed at your ability to concentrate. Let the other person know that you are present with them. Focused, steady eye contact is big. Further, when listening over the phone leaders can often be tempted to multi-task because they can’t be seen. Shut off the computer. Take your iPhone and turn it face-down. Take the papers on your desk and set them aside. Imagine that the people on the phone can, in fact, see everything you are doing.

--Finally, try not to judge the speaker. We get so caught up on whether or not we agree with the other person’s point of view, we tend to miss opportunities to truly understand what he or she is saying. It is not that important that we agree. What is important is that we connect on a human and personal level. That’s about understanding. That’s about trust. Ultimately, that’s about leadership.