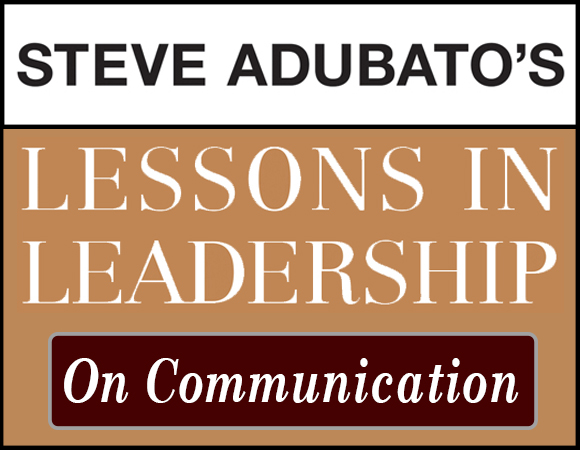 It can happen to anyone, but why does it happen and how can you avoid it? It is a communication meltdown. It happened to Michael Bay, the director of the movie “Transformers 4,” doing a simple Q&A at the Consumer Electronics Show in Las Vegas last week. A Q&A should be a conversation, where Bay was asked questions about his movie, and he answered them. But that is not how things went down and unfortunately what happened in Vegas didn’t stay in Vegas. His communication meltdown immediately went viral.

The irony is what happened was totally avoidable if Bay had prepared to engage in a conversation with facilitator Joe Stinziano from Samsung talking about Samsung’s new 105” curved TV. Apparently, Bay was so dependent upon the teleprompter with a script that included the questions to be asked and his answers, that when the prompter started malfunctioning, Bay lost it. He was asked a simple question about the Transformers series and said; “My job, as director, is I get to dream for a living…create a viewer escape and what I try to do is I…uh, the type is all off—sorry, but I’ll just wing this.”

When Stinziano encouraged him to ignore the prompter and just talk to him, Bay got deeper into a communication black hole saying; “We’ll wing it right now. I try to take people on an emotional ride and…” At that point, Bay stopped talking and froze. Stinziano tried to help him out by asking him how the product would impact his work. The director simply walked off stage.

That was it. He stopped communicating but actually communicated big time by making it clear that he was unable to engage in a conversation without the aid of a teleprompter with his scripted responses to prepared questions. He would later post an apology for his behavior by stating; “I got too excited to talk, that I skipped over the Exec VP’s intro line and then the teleprompter got lost. Then the prompter went up and down -- then I walked off. I guess live shows aren’t my thing.”

I feel terrible for Michael Bay. Many of us have been there. I know I have. That panicked feeling in front of a large audience when you don’t know what to say. But what is so instructive about Bay’s experience is that in this case it was totally avoidable if he had simply prepared to be in a conversation as opposed to reading off a teleprompter. What’s interesting is that conversational communication is easier and more natural than reading a teleprompter. Bay chose to do what was more difficult and, when the technology broke down, he left himself no safety net—no plan B.

Many public communicators convince themselves that reading every word of text gives them a sense of security. But the irony is that it is a very false sense of security because it presents so many communication hazards, including technology breakdowns and presenting in a stilted and stiff fashion.

Finally, if Michael Bay had acknowledged in front of the audience that the teleprompter wasn’t working, laughed it off and said something like; “Just my luck, I make a multi-million dollar hi-tech movie with special effects and the darn teleprompter doesn’t work,” and then allowed himself to simply converse with Joe Stinziano, he would have been surprised at how his anxiety level would have reduced dramatically. But he never got that far, because he walked off stage.
The lesson for all of us is that great communicators prepare for the possibility that technology may break down and are always ready to engage in a conversation with their audience.