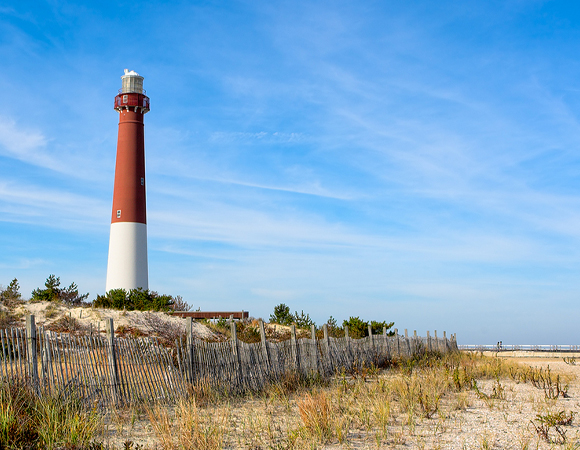 Love the Jersey Shore? Help Protect It This Summer

Once again this summer, the Jersey Shore will be booming with tourists and locals. But as we slather on the sunscreen, we must also remember that our coastline is a precious resource subject to the impact of climate change, pollution and human behaviors.

“Sea level is rising along the New Jersey coast at a rate that is more than twice the global average, and that rate is accelerating,” says Ferraro. “Along with local factors, which cause the sea level to rise faster, the major contributors to sea-level rise are thermal expansion [seawater expanding because it is warmer] as well as melting ice sheets and glaciers.”

Heavy rains and flooding bring about another issue. These weather events wash stormwater runoff and animal waste into the ocean, bringing along toxic bacteria that can necessitate beach closures. “Most coastal waters are regularly monitored by the New Jersey DEP to ensure that the bacterial count is low and it is safe for recreation,” says Ferraro. “With increased precipitation and flooding, unless we have more advanced infrastructure, the number of contaminated, closed coastal areas will increase.”

Hypoxia—extremely low oxygen levels in areas of the ocean—is a further issue, caused in part by nutrients from fertilizers and wastewater that wash into the ocean. That is when you see a phytoplankton bloom—commonly called an algal bloom—which results in less oxygen for marine species and can cause mass die-off. With an increase in precipitation predicted for the future, more unwanted nutrients can be expected to wash into the ocean, increasing the chances for algal blooms.

How can Jersey Shore communities become more resistant to these ill effects of climate change?

Preparation is key, says Ferraro. The Murphy administration, she says, has taken a “proactive role in assisting communities in planning for climate change, including establishing a Climate and Flood Resilience Program within NJDEP.” (Chief resilience officer Dave Rosenblatt heads the program.) By allocating resources to communities, Ferraro is hopeful New Jersey can reduce the local impacts of climate change.

As tourists head down the Shore, Ferraro says individuals must stay vigilant and do their part to reduce their impact. “An increase in the number of people along the Shore has led to an increase in trash that enters the ocean,” says Ferraro. “One of the hot topics today is microplastics, which are basically just plastics that are broken down in the ocean. These microplastics end up in marine organisms, and because we eat [marine catch], can end up in us as well.” Preliminary research on the impact of microplastics on humans indicates it’s not a pretty picture.

So, when you are enjoying the sand between your toes this summer, think about what you and your community can do to keep our shoreline resilient. As a first step, properly dispose of plastics. Future generations will thank you for it.