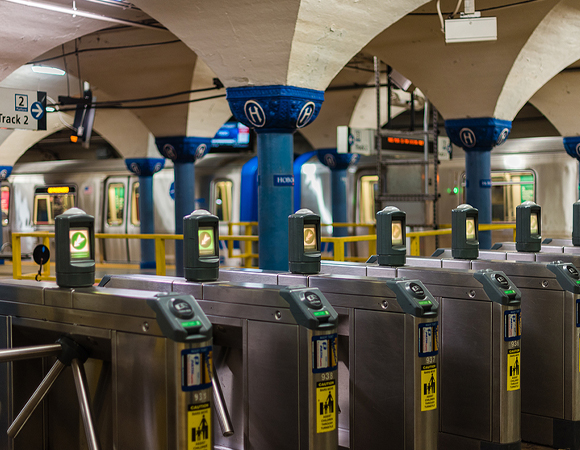 Kevin O’Toole has a lot on his plate. As chairman of the Port Authority of NY and NJ, O’Toole oversees projects ranging from the new terminal at Newark Liberty International Airport to the modernization of the PATH rail system.

Like other government agencies, the Port Authority has been hit hard by the Covid-19 pandemic. With an unprecedented number of commuters working from home and air travel sharply down, the agency lost $1.7 billion in revenue for the year through December 2020; a total loss of $3 billion is projected through the first quarter of 2022.

Given the ongoing losses, the Port Authority’s proposed 2021 budget represents a 15 percent reduction from 2020. However, O’Toole and his chief of staff, Peter Simon, say these fiscal challenges should not impact their ability to move forward with ongoing modernization projects.

At Newark Liberty, the new state-of-the-art replacement for Terminal A is becoming a reality. “The first new gates will open in early 2022, less than 3-1/2 years from groundbreaking,” says O’Toole. He adds that “significant progress” is expected this year on the $2 billion replacement for the Newark AirTrain monorail system.

O’Toole also says the planning, design and environmental review of the Port Authority Bus Terminal replacement project is moving forward. “This is a huge milestone for this critically important project that will give commuters and other travelers the 21st-century experience they deserve,” says O’Toole.

As for modernization of the PATH rail system, a project launched in June 2019, O’Toole says: “Projects are underway at [the] Grove, Exchange Place and Newark [stations], which will increase capacity from Newark to World Trade by 40 percent by 2023. And there are both more trains running and longer trains, as they will increase from eight cars to nine cars.”

The PATH chairman is also hopeful about Gateway, the long-stalled initiative to build new rail tunnels under the Hudson River. The Port Authority has made a $2.7 billion commitment to the project. Additional funding will come from New York and New Jersey, but federal funding is needed to cover 50 percent of the estimated $11.6 billion cost.“We are optimistic that the Biden administration and the new Congress are going to fund Gateway,” says O’Toole.

O’Toole, a Republican whom then governor Chris Christie nominated for a six-year term on the PATH commission in 2017, is equally optimistic about federal funding to help offset the agency’s projected $3 billion shortfall. “Unfortunately, the latest stimulus legislation did not address the Port Authority’s request,” he says. “However, the leaders of New York and New Jersey recognize this, and we are hopeful that working with the Biden administration and Congressional leaders, we will have success with getting federal funding to address the terrible financial losses caused by the pandemic.”

Certainly, Governor Phil Murphy’s remarks in his State of the State address on January 12 helped lift O’Toole’s spirits. “We are leaving for the next generation a rail system wholly different than the one we inherited,” Murphy said. “We are making historic investments in our roads and bridges. We are reimagining our airports and seaports. Put together, we are embarking on the largest infrastructure-investment program in the history of our state.”