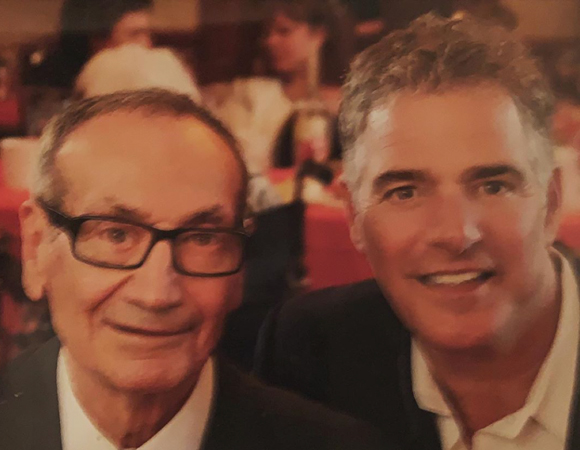 Not Always the Nicest Guy: Reflections on My Father, ‘Big Steve’

His legacy is complicated, but he stood tall for his beliefs.

The year was 1970. My father, Steve Adubato Sr., who passed away on October 16 at the age of 87, had become active in Newark politics. A frustrated school-teacher who didn’t love his job, he had discovered a knack for political organizing. In 1970, he put his skills to the test.

This was three years after the Newark riots/rebellion devastated the city. The racial polarization was real—and it would be reflected in the mayoral election. The incumbent, an Italian-American named Hugh Addonizio, had been indicted on more than 60 criminal counts relating to contract rigging and organized-crime connections. His challenger was Kenneth Gibson, a Black man who had served the city as chief structural engineer.

We lived in a largely Italian-American neighborhood where virtually everyone supported the Italian-American mayor, despite the charges he faced. “At least he is white,” people would say. And what did my father do? He supported Gibson because, “he was the best man for the job.” Many considered it political suicide.

The death threats came in all forms: verbal, written, late-night visits to our home by armed vigilantes who called my father a traitor. One day during the mayoral campaign, I came home from school to find three bullet holes in our front window—aligned with the chair where my father would watch television. It got so bad that my mom moved my two sisters and me out of the city for the last couple of weeks before the election.

But that was my father. Bold. Courageous. A man of tremendous integrity. He stood up for what he believed in—regardless of the potential consequences. Later that year, he established the nonprofit North Ward Center, which would become a respected social services provider. He also created a nationally recognized charter school, the Robert Treat Academy.

As my father’s influence in local and state affairs grew, many came to refer to him as a political boss. He detested the term; he believed his contribution was greater than that. But certainly, he wielded power. When people wanted to run for a major office in New Jersey, they would visit Big Steve, as he was called, seeking his support.

Although people courted his favor, my father wasn’t a particularly nice person. He could be nasty and say hurtful things. To be frank, he wasn’t especially loving or supportive of my sisters and me. His parenting philosophy was to be tough—especially on me, his only son. This, he felt, would prepare us for life’s challenges.

In an interview I did with my father in 2002, he told me his greatest satisfaction was having children at the Robert Treat Academy lovingly call him Big Steve. It struck me that my father seemed to care more about these Newark kids, whom he saw as tremendously disadvantaged, than he did about his own offspring.

When my father died, the tributes poured in. Politicians, foundation leaders, corporate chiefs, and parents of children at his schools all described him as a great man revered for his contributions.

It turns out he was pretty popular. Yet my father often told my sisters and me that being popular was overrated. Standing up for your beliefs was what really mattered. He used to say he wanted his tombstone to read, “Steve Adubato: He was NOT a nice guy.” To him, nice guys often fail to make a difference—and he wanted to make a huge difference.

I was proud to be my father’s son, not always for his words or tactics, but for what he accomplished and what he taught me. His legacy lives on in the lives of countless people he affected in a positive way, particularly in Newark, the city he loved.

Photo courtesy of Jennifer A. Hulshizer/Star-Ledger