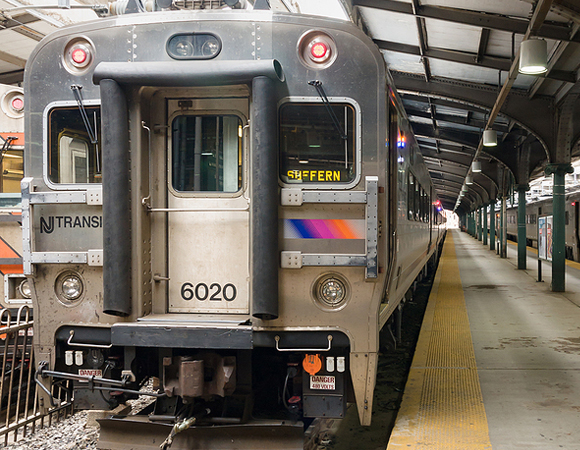 Can NJ Transit Stay on Track?

Despite pandemic losses, the state-owned public transportation system is forging ahead with an ambitious 10-year plan.

In June, as the number of new Covid-19 cases in New Jersey was flattening, NJ Transit, the state-owned public transportation system, released an ambitious, 10-year strategic plan, called NJT2030, along with a 5-year capital plan. The plans provide the agency’s vision for the future of transportation in New Jersey and its role in driving our economy.

The 10-year plan focuses on upgrades in service and safety—both essential to improving the customer experience, says Diane Gutierrez-Scaccetti, the state’s commissioner of transportation. Additional goals are improved accountability, transparency and environmental sustainability.

As for the capital plan, it seeks “to stabilize state-of-good-repair investments, while continuing our pursuit of major facility improvements,” says Gutierrez-Scaccetti.

But with ridership down by as much as 98 percent at the height of the pandemic in March and April—and revenues off by tens of millions of dollars, according to published reports—can the agency realistically kick off a drive to transform the state’s public transportation system and answer the complaints of angry riders?

“The pandemic further reinforced the need for a long-term strategic plan that is anything but static,” says NJT president and CEO Kevin Corbett.

To help offset revenue losses, the federal government in May awarded NJT $1.4 billion in CARES Act funding. NJT and other transit agencies around the country have petitioned the feds for another $32 billion in financial assistance, of which $1.2 billion would flow to NJT, says Corbett. This support, he says, “will provide a critical funding bridge to ensure that NJ Transit can continue to provide essential services.”

Corbett says NJT is fully prepared for customers to return to the system as New Jersey gets back to work; the system currently is operating at a regular weekday schedule. “We are already seeing slow but incremental increases [in ridership] throughout the system, particularly on our local bus service that operates within New Jersey,” says Corbett.

NJT has been disinfecting vehicles every 24 hours since the first week of March, says Corbett He adds that safety requires a “shared responsibility” approach. “Customers should remain cognizant of distancing throughout their entire journey whenever possible and wear face coverings at all times,” he says. Customers should also avoid loud talking and restrict phone conversations, as these increase the broadcast of droplets that may contain the virus.

Meanwhile, NJT is in a race against time to meet the Federal Railroad Administration’s positive train control (PTC) deadline of December 31. PTC is a system of software, radios and transponders designed to slow trains when they should be braking around curves or at stops.

“We have been working closely with the Federal Railroad Administration, and they have approved our implementation plan,” says Corbett. “We have a path toward full, successful PTC implementation by the federally mandated deadline.”

Corbett says NJT has been in Extended Revenue Service Demonstration (ERSD) testing on 33 percent of the system, including the Gladstone Branch and Morristown and Montclair-Boonton rail lines. This was to be followed by the Raritan Valley Line and Bergen Line at the end of August. That would get NJT to 50 percent of the system. The addition of the Main, Meadowlands and Pascack Valley lines by mid-October would bring the number to 67 percent. Implementing the testing on the Newark Divison lines would be a final key step in meeting the deadline and improving system safety.